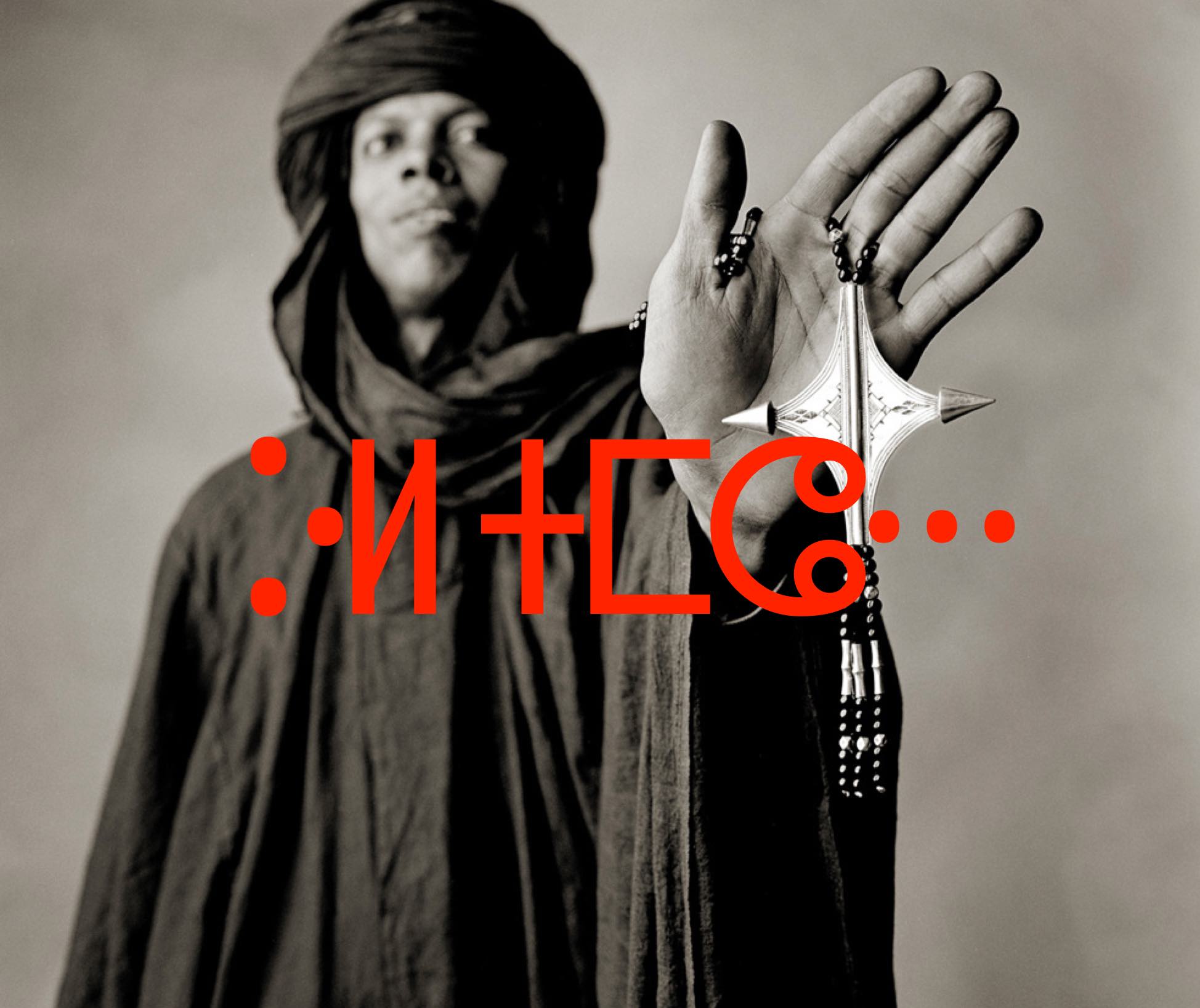 Tuareg, /ˈtwɑːrɛɡ/, sometimes spelled Twareg, are an ethnic Amazigh group who are residents to the Sahara desert of North Africa.

The blue people of North Africa, these nomadic people are known for adorning deep dyed blue wraps which they are synonymous for wearing. Their nomadic nature means they span not only the Maghreb region, but also dabble in the Sahel region, too.

More so, their culture and tradition is the perfect mix of African, Amazigh, Arab and Islam in one. A truly delicious African potion if you will.

Their music, for one is of a distinct sound that to the rest of the world, it is simply deserted (no pun intended) into the category of World Music: yes, for sure a different world but more than that. It has its own history, sound and stories.

These sounds and words are being translated by modern Algerian artists into their music, with heavy cultural influence from the Tuareg themselves. Adoption has taken the form of filming in the Sahara, using the same instruments and storytelling style in their lyrics.

Freeklane from the onset are a band that wholeheartedly embrace the Amazigh; even their name is a blend of English and Amazigh (free in English and iklanes meaning Slave in Amazigh).

In their latest song L’Amazighia, it plays homage to the Algerian woman.

The roots of Algeria, which in itself is a complex and blended identity. The band’s initial aim was to show through their music how the Algerian woman is the pillar in this society.

Done through what the Tuareg would called tisiway, meaning poems, the song sings of the search for an identity that is mixed and complex, that spans from every region in Algeria.

A post shared by Chemsou_Freeklane officiel © (@chemsou_freeklaneofficiel) on Jan 28, 2017 at 2:09pm PST

It talks about roots that link Africa, Amazigh and Algeria to create this strong pillar that binds North Africa together.

Within the song you can hear the traditional ululation that is usually done by women during special occasions and celebrations. A celebration of the strong Amazigh woman.

Not usually known for music outside of the popular Rai realm, Kader Japonais, Algerian Rai singer and lyricist took a different turn with this song. As is evident from the title itself, it already taps into a generation that will sing the hashtag and think no different: get this message trending, it seems.

Similar to other modern Tuareg songs, #message also adopts the use of traditional clapping in its opening rhythm, and even more using the storytelling theme that is distinct to Tuareg music of the Sahara.

He sings of the love for Tassili n’Ajjer, a mountain range in the Sahara Desert of Algeria that borders Libya and Niger; also home to the nomadic Tuareg.

Kader Japonais has also implemented lyrics in Amazigh within the song, partnered with a traditional ewegh: a strong dance performed by men in couples in the video itself.

#Message is a song with an obvious love for the Sahara and its people; with Kader working with Tuareg artist Imzad (which is also a single-string bowed instrument played predominantly by the Tuareg women in their society), the song resonates with a strong #message of parternship and unity.

That regardless of the born identity of the Algerian, the country has too many to be ignored and dismissed. Instead it is a huge celebration of what has always been.

Something many nations would covet.

The art of being Tuareg is now coming to the forefront and with this, artists are in full support. The blue people of the desert are being given a platform in their own country, with more recognition, more respect and more integration.

If this doesn’t marry into the idea of a melting pot Maghreb, we don’t know what does.

A post shared by Chemsou_Freeklane officiel © (@chemsou_freeklaneofficiel) on Jan 28, 2017 at 2:09pm PST