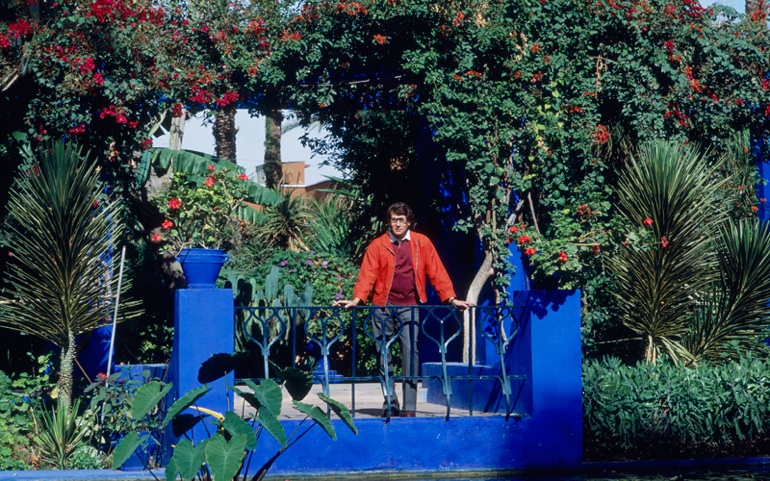 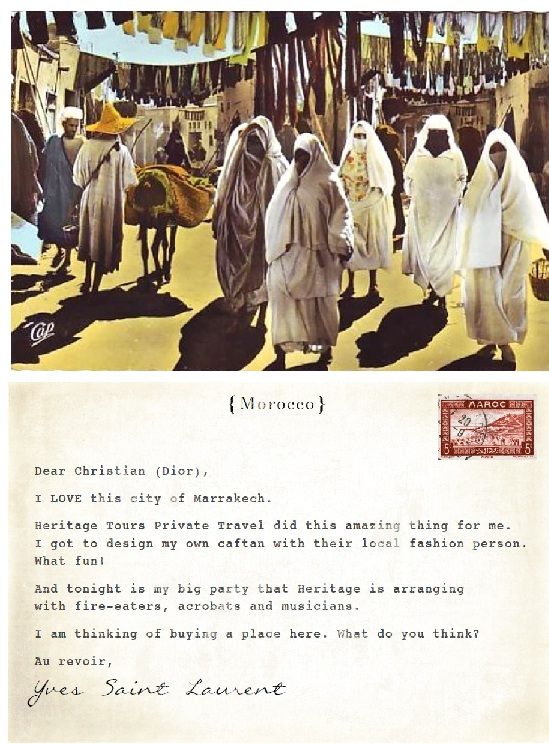 I LOVE this city of Marrakech.

Heritage Tours Private Travel did this amazing thing for me. I got to design my own kaftan with their local fashion person. What fun!

And tonight is my big party that Heritage is arranging with their fire-eaters, acrobats and musicians.

I am thinking of buying a place here. What do you think?

What magic! To think when one writes a letter, to whomever it may be, the charge behind it. The legacy is may create in just a few short lines of written charm.

Yves Saint Laurent. A name known the world over. Predominantly a fashion name; very few have gone further into his African roots. The personal Africa to Yves.

As many fly the flag for their respective root-countries, seemingly blaring out the names of icons and individuals who have some link to their country, it’s interesting to see that with Yves Saint Laurent, there is sometimes a short-lived pride for his roots to Algeria. Oran, to be specific.

YSL was born and grew up in Oran, Algeria in a villa with his parents and two younger sisters. At this time, Algeria was still under colonial rule from the French and so, as one can imagine, his experiences to other Algerians at the time would have been very different. Interestingly, with my research skills, it was actually rather difficult to find any information on Yves life in Oran. 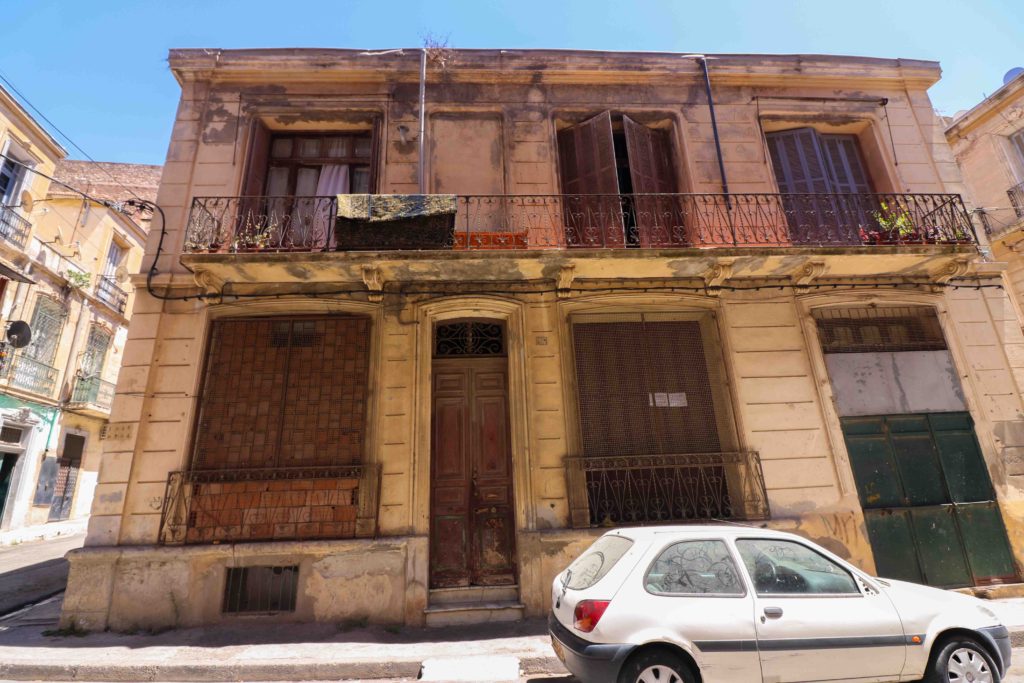 The house where Yves lived until the age of 17 in Oran.

Let me take you on a trip to Oran (if only through words and visually). Oran, or Wahran in Darija, is a western port city in Algeria. It has close frontiers to Morocco, as well as a quick route into southern Spain. More so, it’s city scapes are a true Mediterranean feast. Ice-cream coloured buildings, stretches of sea and the influence of Spain, France and Africa all in one. And let there be drums! Plenty of music day and night. Beats that the 5 year old and the 50-year-old will dance to, too. It’s sad to think that not one ounce of this is mentioned verbally or even written down in the life of Yves.

But what’s not written down, can be seen through his art. His clothing, his haute couture collections and even the fine details give way to a lot of Algeria influence. If history didn’t want to say it out loud, the clothing will speak louder. Now, I am in no place to play devil’s advocate and not assume that many influences came from the sister Morocco. After all, Yves spent and cemented chunks of his life to the city of Marrakech for good reason! B7al b7al (same same) as the Moroccans so liked to repeat as I wondered around the streets of Marrakech as not simply an Algerian to them, but their family. Their sister. 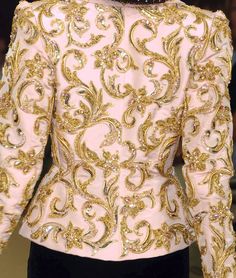 If I look at Yves 2012 Fall collection, it has what I would consider a totally and unapologetically Karakou style jacket in it. The fine mejboud (embroidery), the sequins, the tailored fit and structured shoulder. It’s a karakou ya m7aynek! I could done that and no one would know whether it was YSL or sewn by the local seamstress in Zniket l’a3rayess in Algiers. For what Algeria couldn’t do so openly, Yves has brought that style to the global platform. Of course, as I previously mentioned it’s been a difficult wade through research to find even a hint or a mention to the inspiration of Algeria’s traditional garments in his work. But we don’t need the oral gratification to be able to see it with our own eyes, right?

Or what about his 1989 ensemble? That’s a karakou jacket, to me. Granted the colours are more avant-garde than what most an Algerian woman would consider within the traditional realms. Yet, once again, the tailoring.  And the stitching following the outline of the jacket like a river rippling across the female body that has endured cultural controversy and fight century after century. I could go all literary description and why did the author (in this case, Yves) choose these colours. Alas, I won’t. 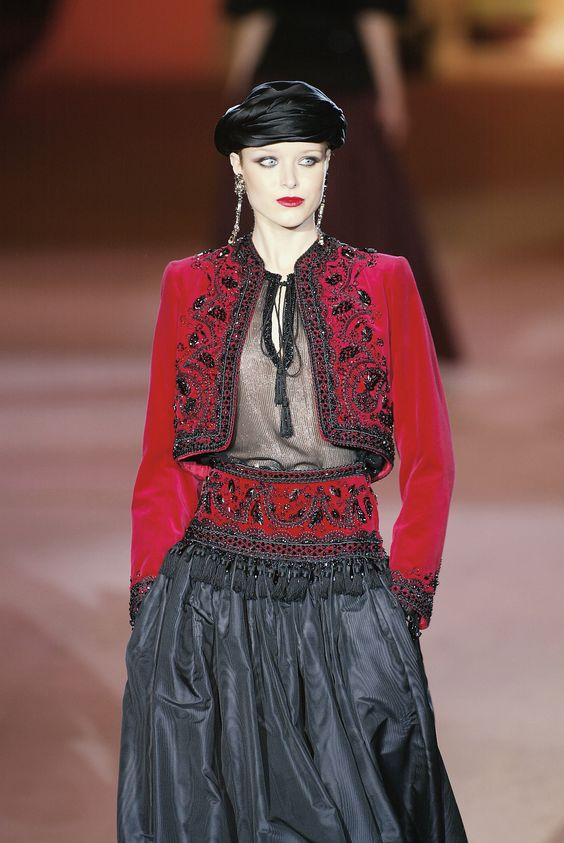 As recent as his 2002 retrospective collection also played homage to the humble (yet flashy, let’s be real) karakou. Some may argue it has the Spanish matador vibes: I’d never argue and say it doesn’t hint at that. But remember when I said Oran was a short boat ride away from the shores of the bulls and flamenco? Well there you have it. It’s the similarities between countries that should interest the dresser, the spectator, the person.

Let it a be humble observation on my behalf.

Perhaps it was a sentimental reflection on my own journey, from Europe to Africa, through a brand that is so well known. Perhaps it was the flamboyancy of every stitch and pattern and heavily patterned velvet that gave me an accepted space in the dressing arena. Or perhaps, just perhaps, I think they’re really beautiful and I’d hope you would think so, too.