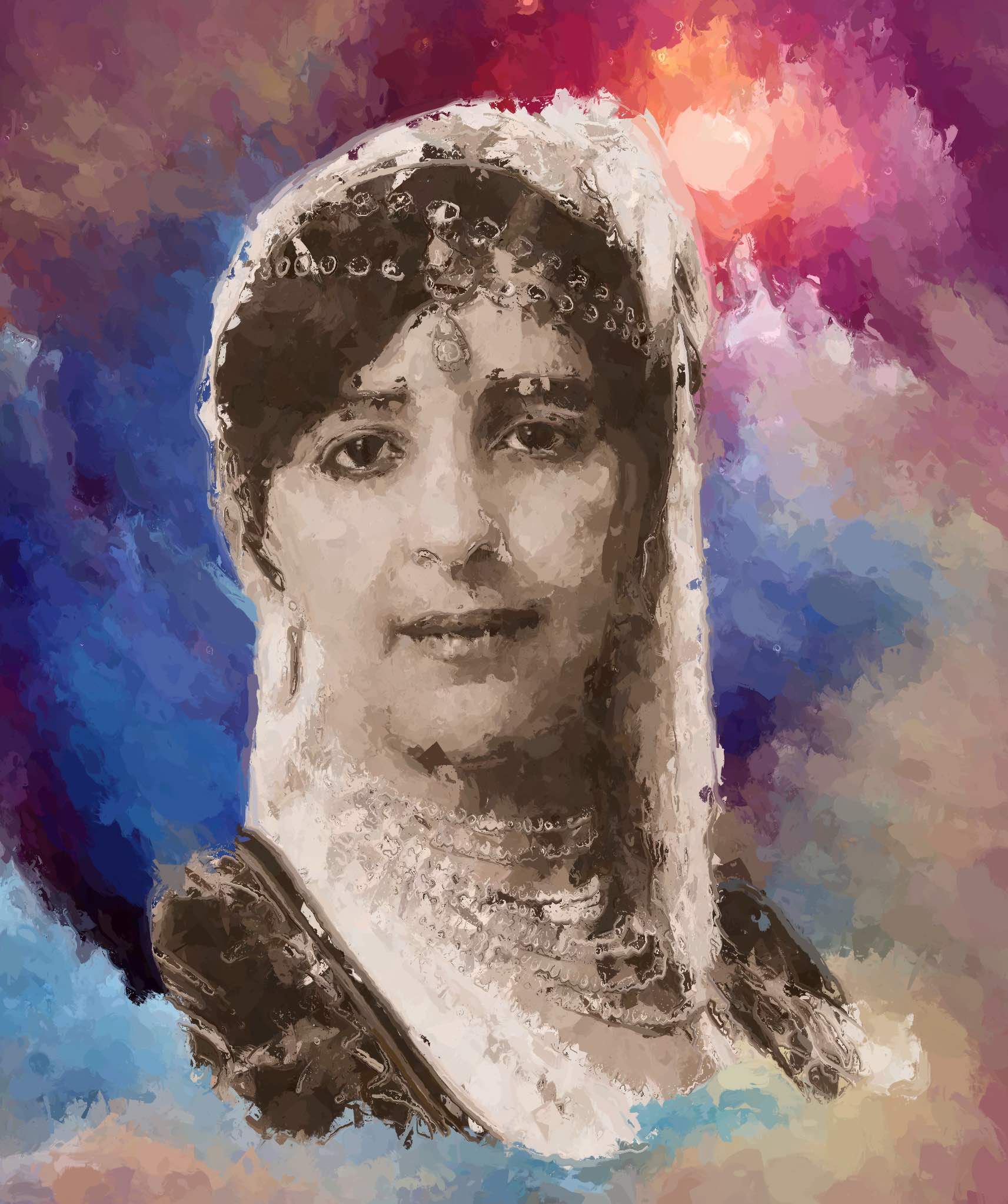 She will have taught us honour.

She laughs, hair in winds, bare feet in blood, pacing the roads and steep paths of her dear Kabylie, she laughs. Encircled by the enemy, betrayed and forced to surrender to preserve the life of her hurt people, she laughs. Ultimate symbol of her resistance, her bravery and of her greatness, she still laughs.

Berber, free and resistant woman, she has marked us by her fight against the French occupation but also by the fact that she was simply a woman, standing up for the freedom of her community, Lalla Fatma N’soumer will forever remain in our minds by her courage and the battle that she did for the Algerian history.

Wild, she will inspire men and women by taking the arms and leading on the battle field, especially during the battle of Haut Sebaou in 1854. Only aged of 24 years old, she forced the respect towards her from both two sides, the people that she was fighting for and from the enemies.

At the head of 7000 men, her strategy talent will show up during multiples battles for the freedom, the people, for the country. Her name and history will blare across all the Kabylie and be sung by the feet of olive trees.

Due to her status of warrior resisting against the invader by her courage and determination but also by her religious education, Lalla Fatma N’soumer will impose herself during the ruling assemblies of the Kabyle rebellion, traditionally reserved for men. Her big influence on the military and politico religious sphere, will dray the way of the emancipation of the woman in Algeria but also In North Africa. In the vanguard of contemporary feminist movements, she succeeds in infringing the norms of the Kabyle patriarchal society.

Worthy and proud, parried with imposing Berber jewelry, Lalla Fatma N’soumer fills the space of almost a mystical aura. Believed to be a healer because of her ancestor, the marabou Ahmed Ou Meziane, she gave advices to people coming from all over the region. It is also said that she had the capacity to predict the future what adds to legendary character.

Her resistance to the invader, her patriotism and bravery makes her one of the famous Algerian women, just like princess Tinhinane, leader of the Hoggar tribes, or Kahina Dihya the warrior, but also like Fatma Tazoughert, priestess and queen of the Aurès; and later the countless heroines of the liberation war, among among whom Hassiba Ben Bouali, Djamila Bouhired and other less heroic Moudjahidates stayed in the shadow of History. 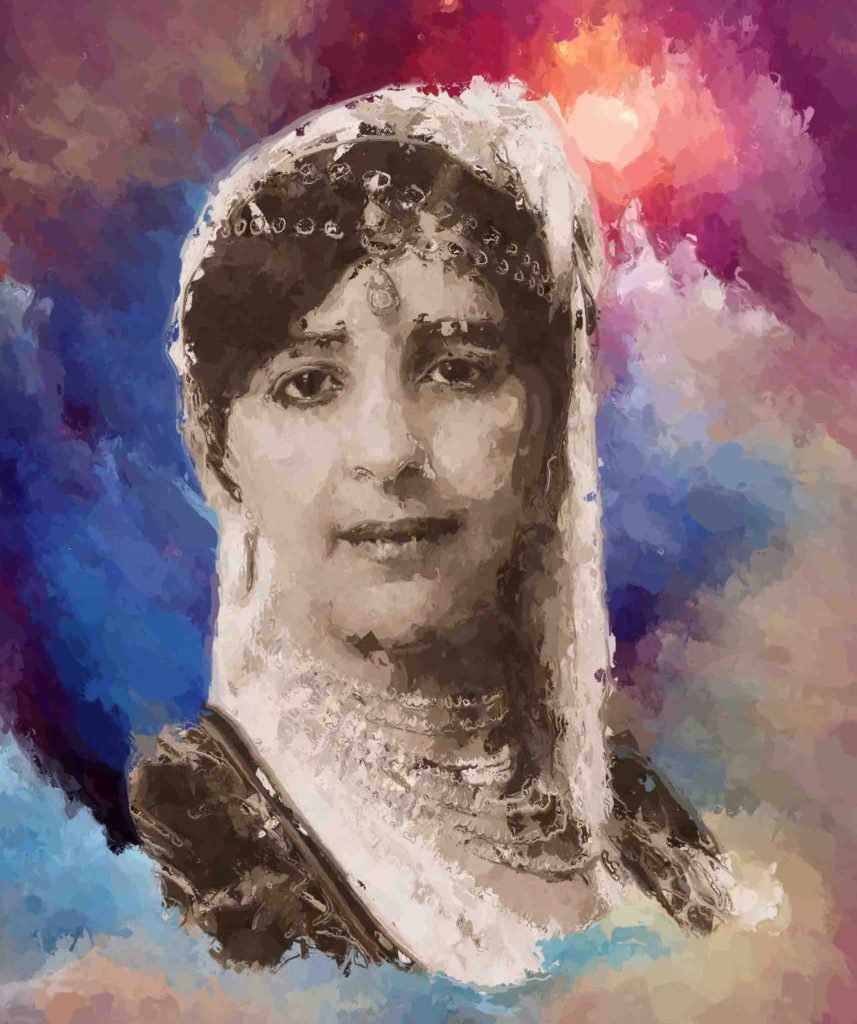 At the end of a persevered struggle, in numerical inferiority, driven back, she will take refuge in the village of Takhlijt Aït Aatsou where she will later be arrested by the troops of the marshal Randon, which will give her the title of “Jeanne d’Arc du Djurdjura”. Lalla Fatma N’soumer, fierce look and haughty harbour, will proclaimed about the Djurdjura “these mountains taught us honour”.

Lalla Fatma N’soumer, a destiny of woman. A destiny of a Kabyle, Amazigh, Algerian, African, but also a woman of the world. A glorious destiny full of sacrifices. She will have taught us honour.

Illustration by @Jawadozz All rights reserved.