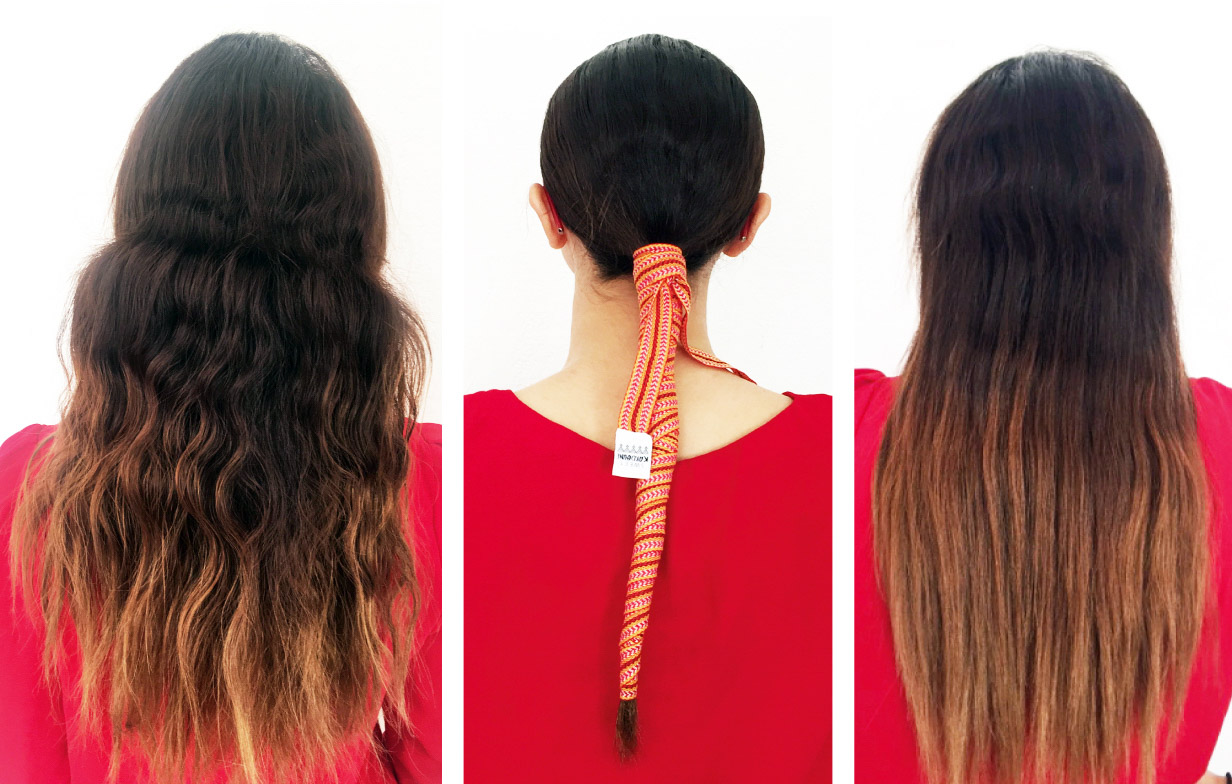 Adding heat to your hair, male or female, has been considered the norm for years on end.

The hot tss of an appliance as it hits the strands of hair; flattening, curling, twisting and burning. Yet more and more we enter the age of conscious beauty: long gone are the days where vegetarian and vegan options were an edible requirement only. Now, the more natural, the better. And the same can be said for hair, too.

The saying mama knows best starts to make more sense, some will find, as they get older. Having an awareness of their food intake and in this case, what is going on their hair.

In Algeria, having an old wives’ recipe up your sleeve is something many women pride themselves in.

Knowing what to use from your kitchen cupboard to sooth your damaged tresses, or what flavour oil to slather on your roots is a no brainer.

Take the Kardoune: a red and orange cotton ribbon that every Algerian female will know about. Their experiences, though surely mixed, will definitely bring about a hint of nostalgia for all. So if it ain’t broke, why fix it?

Sweet Kardoune have done just that. They’ve gone back to the North African hair roots; and readopted a classic. The Kardoune is a slim cotton ribbon that is simply wrapped around the tresses until all the hair is covered. Usually, it is slept in which is then followed by the unravel the morning after and finding your hair smooth and soft from this simple idea. 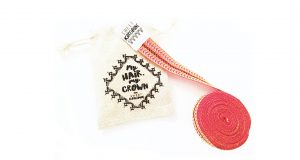 Mailyn and Djody, husband and wife alongside Lokman, Djody’s brother, have made sure it’s a family affair. Sweet Kardoune created their brand with the Chaoui influence of their family lineage; adopting the vibrant colours that are usually associated with the Amazigh culture of the Chaoui of Algeria.

It was during a trip to Algeria that the Sweet Kardoune team discovered the traditional Kardoune. Falling under the spell of its colours, its touch and its effectiveness, they wanted to share this simple yet effective beauty secret to the rest of the world.

Sweet Kardoune was then born; with the ambition to offer an accessory that combines the traditional practices with current style and trends. For them, their biggest inspiration was the Algerian woman: the daily struggle many faced in small villages across the country who had so much to offer, but little help.

The movement they wish to create as the ‘children of the diaspora’ is to showcase a product that is wary of the impact it has not only in results, but also on the world around us. The push for the Karodune as a sign of respect for the treatment of hair and of course, the women of the desert who keep these traditions alive.

The brand targets women who are looking for an alternative, safe routine that avoids heat, decreases hair damage risk and winning more time to sleep in the morning! Above all, the Sweet Kardoune want to bring to the forefront the sensitive story behind the magic of Kardoune, where it came from and the women behind it.

The beauty behind using a lifelong tradition and using it in the modern day is creating relationships that may have not be otherwise existed. Sweet Kardoune means that not only are the Algerian and Maghrebian women of the continent and the diaspora seeing a tradition being reborn; but also sharing the part of the world that is sometimes looked over.

Sweet Kardoune puts the welfare of women of the desert at the heart of its approach. Their production line has even been relocated into the hands of the Algerian women themselves in the villages of Timimoun, located in the desert region of Gourara, Algeria. The key here is to give the Saharan women independence by training them in sewing and the craft of sewing, as well as the intricate embroidery found within Algerian and Amazigh patterns. More so, it’s a sustainable income for the women and the families associated. All this and the platform more importantly creates a space for socialisation and to share between Algerians and non-Algerians alike.

With Sweet Kardoune, the natural alternative is the way forward; using the secrets of women that were there before.